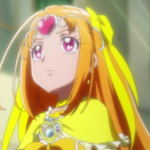 I'm a bit more a Super Sentai fan than a Rider fan, I admit, and didn't really get into the franchise as easily. I do remember watching that "mess" of the Saban "Masked Rider" series back when Power Rangers was big, but really I more came around to KR in more recent times. The first series I started was Amazon mostly to not cloud myself with all the Heisei focus/love people give, but only became more interested in the franchise due to W, which I admit wasn't perfect but was still fun enough to let me stick around. Its been up and down since then as I try to balance Showa and Heisei so I don't just get too much of one, but I think I'm handling it rather well.

Retrieved from "https://kamenrider.fandom.com/wiki/User:StrangerAtaru?oldid=312738"
Community content is available under CC-BY-SA unless otherwise noted.