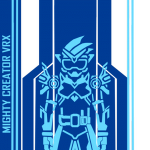 Another Rider War-themed season, the first of the Neo-Heisei Era of Kamen Rider installments where its once again "every Kamen Rider for himself"; this time its approach is based on that of the Sengoku Period. The season's story evokes unexpected turn of events and the inevitable fates of the potential contenders of the Sengoku Rider War, betrayals, and the endless desire for power. In addition, being more or less the "Bleach" of the franchise involving the number of Riders in the season. The story multiplies into several arcs, the Beat Riders, a corporation examining a mystical forest, the uprising of demigod-like creatures, and the endgame where is to determine the fated winner of the battle, where he is awarded a golden fruit by a goddess clad in white (in which apparently embedded by one of the demigods) at the order of the observer of the fated battle. Here, we also see the inevitable fates of four main characters - a corporate guy using his father's company to make their observation over the mystic forest in a more subtle approach; only for him to be usurped by one of his own subordinates. Then, there's his younger brother, he would continue what is the remnants of his brother's reputation, and one of the corporation's main project, rather in a more pestilential approach. However, his actions ultimately gave him a taste of Montreal Screwjob-style justice for the sins he committed, realizing the fact that the woman he admires the most was in fact the goddess who appeared before him and two of his friends. And lastly, the two contenders -  the titular Rider and his cathartic, power-drunk rival face off, with the latter's main objective is to eradicate the strong for the sake of defending the weak in an unorthodox method. Only for him to die a warrior's death, and the victor is awarded with the golden fruit, with the purpose of the creation of a new life in a new planet.

The series follows the spontaneity of one of its taglines, "Kamen Rider meets Knight Rider". We get to see a prototype Drive in action prior to the TV series itself, then we get to see the real deal in action, until that prototype Drive ends up at the control of androids who made their presence to human society. As time passes where threats of these androids rose until they evolve even further to a higher extent, a white Rider makes his presence known, and the hero from the past joins as a Kamen Rider once more. It was known later that the creator of the Roidmudes (who in turn was played by the voice actor who previously voiced Ichigo Kurosaki from Bleach), was the mastermind of the global phenomenon in an effort to overthrow humanity; gets a ripoff powers from the main Rider to gain his own Kamen Rider powers for his own sinister ends. Ultimately, he eventually gets a taste of his own medicine courtesy of his son's own "Final Getsuga Tensho", and is subsequently left into unsalvagable scrap, leaving the duty of saving the world to the main Rider and the renegade androids who sided with the Riders.

As the season to commemorate the Kamen Rider series in its 45th year anniversary, the tokusatsu franchise continues to incorporate another series from the past, since we got Kamen Rider Drive for its "Kamen Rider meets Knight Rider" tagline, Kamen Rider Ghost this time adopts similar concepts from the Dragon Ball anime and manga series. Among those is gathering 15 supernatural, eyeball-like artifacts to grant that particular individual's wishes; even if it means to revive the dead, in a similar vein how the main characters of said anime/manga series gather seven Dragon Balls to do so. Implying possible facts that this season's main writer could be a fan of the said anime/manga series. Not to mention, one of the Kamen Rider series' previous writers is also a screenwriter for the Dragon Ball anime installments.

Retrieved from "https://kamenrider.fandom.com/wiki/User:Pat141elite?oldid=278149"
Community content is available under CC-BY-SA unless otherwise noted.