The Super Machine Legend is Born

Kohtaro discovers the whereabouts of a missing biker, who is raising his son to ride and protect the ultimate bike devised by his father. 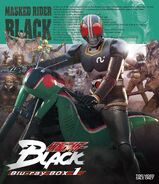 Retrieved from "https://kamenrider.fandom.com/wiki/The_Super_Machine_Legend_is_Born?oldid=513909"
Community content is available under CC-BY-SA unless otherwise noted.