I'm no good with table, could someone please add it? 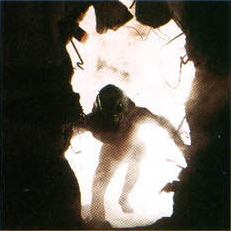 In the first episode, Kotaro briefly transform into this Grasshopper Man (バッタ男) before he become BLACK. My girlfriend is a loli. 05:38, June 11, 2012 (UTC)

The article say Bio Rider is invincible in gel form. But as seen in this scene Shadow Moon's Shadow Beam can injure him (listen carefully, you can hear the sound effect of him transform back to humanoid form after the attack). Even more interesting, the Shadow Beam doesn't hit him directly but heat up the surrounding ground. Give a possibility that the gel form is likely weak against heat.--My girlfriend is a loli. 15:55, September 30, 2017 (UTC)

IS the Sunriser two parts of the King Stone?

So yeah, is the Sunriser actually comprised of two parts of one King Stone? I haven't found any sources that confirm this. I had previously thought it was just made to look as though there were two sources of energy, similar to the Double Typhoon. One side represents the King Stone, while the other being solar energy. Also, I don't think that the Sunriser being made of a broken King Stone would make any sense when considering the events of  S.I.C Another RX.Zakitaro (talk) 14:40, April 2, 2019 (UTC)

Retrieved from "https://kamenrider.fandom.com/wiki/Talk:Kohtaro_Minami?oldid=465517"
Community content is available under CC-BY-SA unless otherwise noted.