Rider Models (ライダーモデル, Raidāmoderu) are manifestations of the animal data contained within Progrisekeys. They are primarily used for transformation into a Kamen Rider, but can be summoned in certain other cases. Similarly, Lost Models (ロストモデル, Rosuto Moderu) are manifestations of the extinct animal data contained within Zetsumerisekeys.

Unlike other transformation devices, the A.I.M.S. Shotriser does not incorporate Rider Models in its transformation process. The exceptions to this are the Assault Wolf and Rampage Gatling Progrisekeys, both of which were created using the data of several standard Progrisekeys. The MetsubouJinrai Forceriser and ZAIA Thousandriver summon completely silver versions of the Rider Models.

The Shining Assault Hopper Rider Model manifests as a robot grasshopper that mechanically converts into a set of armor for Zero-One while remaining as one piece, rather than separating into several parts that are converted into DNA strands before being reconstructed on his under suit like a standard Rider Model. The MetalCluster Hopper Rider Model is constructed from hundreds of small mechanical grasshoppers named Cluster Cells (クラスターセル, Kurasutā Seru), which separate and form armor around Zero-One's under suit. Cluster Cells are also used by the Progrise Hopper Blade to form constructs for enhancing its attacks.

When Satellite Zea was destroyed by Ikazuchi and Subaru, Aruto lost the ability to use any forms that required Rider models summoned by Zea. This was resolved by using either the Hiden Zero-Two Driver or the reconstructed Zero-One Driver, which do not require Zea for transformation. 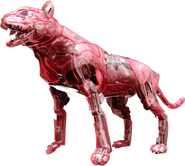 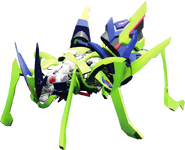 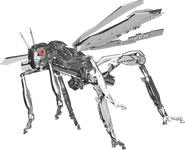 Ark Scorpion Rider Model
Add a photo to this gallery 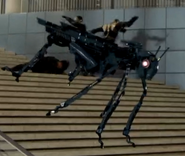 Japanese Wolf Lost Model
Add a photo to this gallery

Retrieved from "https://kamenrider.fandom.com/wiki/Rider_Models?oldid=681239"
Community content is available under CC-BY-SA unless otherwise noted.