Kamen Rider Fourze
The Powerdizer (パワーダイザー, Pawādaizā) is a special exosuit that Shun Daimonji uses to assist Kamen Rider Fourze in battle. The interior appears to generate a large amount of heat, enough to scald Miu when she attempts to use it. Because of this and the large amount of exertion required to make it move, only Shun can bring out its full potential in combat. After modifications made by Kengo and Ryusei, the exosuit no longer gives strains to the user as now it would be fit for anyone to use.

Originally, the Powerdizer was used by Kengo Utahoshi. However due to his weaker constitution, he always found himself severely hurt and weakened during and after its use. When Miu Kazashiro elected herself President of the Kamen Rider Club, she took it upon herself to take the Powerdizer into battle, believing that she, a cheerleader, would have the resistance and strength to use it.

However, after an epiphany led Shun to join the Kamen Rider Club, he found that he had the strength to operate the Powerdizer. It has since become his personal vehicle/robot.

In Episode 25, JK temporarily became the new Powerdizer pilot. While he had a great variety of break dancing moves to expand on the Powerdizer's potential, he didn't have Shun's resiliance and strength, as even opening a bottle after using the Dizer seemed to be too much for him to handle.

Even though Shun has graduated from AGHS, he still pilots the Powerdizer, as his University is very close to Amanogawa, and as a result, the Club.

The Powerdizer has two alternate modes that can be operated manually or through linkup with the Astroswitch Case. It can become a land rover-like Vehicle Mode (ビークルモード, Bīkuru Mōdo) and the launch pad-like Tower Mode (タワーモード, Tawā Mōdo) to launch the Machine Massigler. Tower Mode also has missile-launcher batteries built into it to juggle opponents into the air, right into the flight path of the launched Machine Massigler.

In Kamen Rider Fourze the Movie: Everyone, Space Is Here!, OSTO Legacy builds two new Powerdizers for the Kamen Rider Club to use against the Alicia Federation and the Space Ironmen.

The original yellow Powerdizer was nicknamed the King Dizer (キングダイザー, Kingu Daizā), denoting Shun as its primarily pilot, within Trio The Dizer.

20 years before the series started, in the background, there lies what seems to be a pure white variant of a Powerdizer in Vehicle Mode. 「Scale's Estrangement」 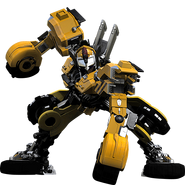 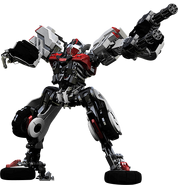 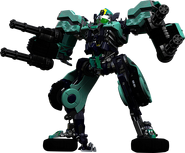