Mondo is the son of Tamotsu Douan and an unnamed woman, but Tamotsu was a genius scientist who was so obsessed with his work that he left his son and wife, the latter who eventually passed away. In the year 2040 of the non-Ohma Zi-O timeline, when his mother fell ill, Mondo was brought to the year 2019 by White Woz to search for his father and discover if he ever loved his wife so she could die in peace with the answer. Unfortunately, his arrival was a set up by White Woz to obtain his power for Geiz and inadvertently gives Time Jacker Ora the opportunity to turn Tamotsu into Another Quiz, though somehow without erasing Mondo's powers or memories as Kamen Rider Quiz, as usually happens. He fights against Zi-O and Geiz so he can face Another Quiz himself, easily defeating them with his confusing question-based powers, but Ora interferes to let Another Quiz escape.

While having his watch (a keepsake from Tamotsu in the future) fixed by Junichiro, Mondo meets the Riders again and takes refuge in the 9 5 DO for his stay in this time, explaining why he's here. He easily wins that evening's trivia game in a landslide. The next day, Mondo confronts his father again after White Woz defeated Tamotsu, but he tells Geiz to take Mondo's powers. The Quiz Shock 2040

Mondo fights Geiz, but Sougo has Woz warp him away. He finds that Junichiro couldn't fix his father's watch, but says it's okay. He reasserts to Sougo that he is only here for his mother's sake, not his own, but is clearly distressed and, as Sougo points out, still carries the broken watch.

Later, Mondo faces Another Quiz alone after Geiz fights and occupies Sougo; Geiz soon enters the battle only to fight Another Quiz instead of Mondo, having chosen to let him find his answer instead of taking his powers. Mondo and Geiz defeat Another Quiz, Mondo identifying himself to Tamotsu, reveals Tamotsu's bleak fate, and asks if there was anyone that Tamotsu ever truly loved. Tamotsu's answer: Mondo's mother. Mondo is satisfied, but Ora turns Tamotsu into Another Quiz again, Quiz's original powers not having been enough to destroy the Another Quiz Ridewatch. Before Mondo can transform again, however, White Woz steals his powers into a Blank Miridewatch directly, using it to finally defeat Another Quiz. Seeing that his watch has started ticking again, Mondo lets White Woz return him to the future, seemingly with his memories intact. Final Answer? 2040

Mondo is a highly prideful quiz master who is good in not only answering quiz games, but forcing his opponents to take part in his riddles. Beneath that bravado is a young man who has suffered greatly following his father's abandonment that also affected him and his mother, which explains why he came to 2019 to ask Tamotsu's younger self if he ever truly loved his family. Typically toying with his opponents through his quiz-based fighting style, his questions become stingingly personal when facing his father's Another Rider form.

Mondo Douan transforms into Kamen Rider Quiz (仮面ライダークイズ, Kamen Raidā Kuizu) by slotting the Quiz Topper into the Quizdriver. While Kamen Rider Quiz's stats are slightly lower than Zi-O or Geiz, aside from running power, which is slightly higher, Quiz's main fighting style is to ask opponents true/false questions in battle. If an opponent is unable to answer him correctly, they will receive a painful electric shock.

"Beyond the Time!""
―Finisher announcement with Ziku-Driver[src] 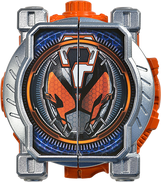 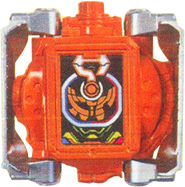 Quiz Miridewatch (Open)
Add a photo to this gallery

"Another Time! Quiz!"
―Transformation announcement in the Ziku-Driver's right-hand slot[src]

Retrieved from "https://kamenrider.fandom.com/wiki/Mondo_Douan?oldid=682227"
Community content is available under CC-BY-SA unless otherwise noted.