Mighty was first seen in the tech demo press event for his game, which also featured merchandise of Mighty such as plushies and keychains. During Emu's time with Sota, his patient, he showed him a keychain of Mighty to encourage him to keep fighting off the Bugster virus. I'm a Kamen Rider!

Inside Kuroto Dan's office at Genm Corp. are posters of Mighty and several plushies and other forms of Mighty Action X merchandise are seen in the background as well. BANG, That Jerk is Coming! 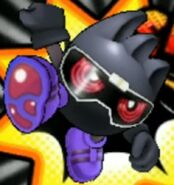 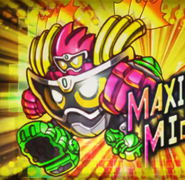 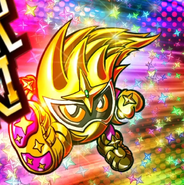 Green Mighty
Add a photo to this gallery

Retrieved from "https://kamenrider.fandom.com/wiki/Mighty?oldid=468507"
Community content is available under CC-BY-SA unless otherwise noted.