They are one of the two essential components of the Wizard Rings, the other component being the ring itself. Without a Magic Stone, the Wizard Rings would be as useless as any other ring. Wajima claims that the crafting on the rings depends on the resonance of the stones that he use, but he does not know what magic they are imbued with until they have been tested by Haruto.

A quartet of stones colored red, green, blue and yellow were provided to Wajima by Sou Fueki, and were evidently used to respectively create the Flame, Hurricane, Water and Land Wizard Rings which would be used by Kamen Rider Wizard. I Want to Ride a Bike

When Shunpei looked at all the rings made by Mr. Wajima, he found one Magic Ring which was useless, which he suggested was a 'dud' ring. Soon after a White Garuda came and delivered a red magic stone which reacted with the ring. A New Magic Stone Wajima took the stone and used it to create the Flame Dragon Ring. Dragon's Cry

Agent Kizaki came to the possession of a green Magic Stone and had Wajima abducted so he could make him a Wizard Ring. National Security Agency's Section Zero After Haruto saved Naoki Katayama, Kizaki returned Wajima and gave him the Magic Stone as a gift, The Promise to Defend which Wajima uses to create the Hurricane Dragon and Thunder Rings. The Wagashi of Hope Months later, Kizaki found the origin of the stone, revealing to Haruto and Rinko that it was given to Section Zero by a man called Sora Takigawa. The Reverse Side of a Popular Model

Later, Wiseman creates a blue Magic Stone. Unfortunately, because of his sudden disappearance, Koyomi easily takes the stone with the help of White Wizard's Black Cerberus. The Film Director Came Back Like the green Stone from before, Wajima used this Magic Stone to create the Water Dragon and Blizzard Rings. However, Wiseman had actually allowed White Wizard to find the newest Magic Stone. After the Last Scene is...

When Haruto and co. split up to find Kosuke, Koyomi came across a strange new Phantom, Gremlin, who goes by his human identity, Sora Takigawa. The Phantom then tossed a sizable, yellow Magic Stone to Koyomi before he disappeared. The Magic of Food Like the blue Stone from before, Wajima used this Magic Stone to create the Land Dragon and Gravity Rings. Today's Life, the Life of Tomorrow

When Haruto lost his ability to use magic by Legion, he sees that Koyomi is running out of energy. Haruto then sheds a tear that creates the cyan Magic Stone. The cyan Magic Stone quickly becomes the Infinity Ring. Not only that, the Ring managed to revive Wizardragon. Tears

Later, a man called Fueki wants Wajima to craft his violet Magic Stone. The Stolen Hope However, Wajima refuses, as the Magic Stones already put Haruto and Koyomi in battles. Though, he only crafts Magic Stones with Haruto's permission. Fueki then leaves the violet Magic Stone, hoping Wajima will change his mind. It is later used to create the Eclipse Ring. Golem then takes the new Ring to Haruto, only it doesn't work. White Wizard then takes the Eclipse Ring, before he takes his leave. What was Forgotten on the Pitch

Wiseman states that the Philosopher's Stone is the most powerful of all Magic Stones. It seems to play an important part in recreating the Sabbath.

Gold (World within the Magic Stone)

This large and oddly shaped golden Magic Stone was discovered by Haruto while he was looking for a place to hide the Philosopher's Stone, which had since transformed into the Hope Ring. Upon discovering it, Haruto was sucked into a strange world ruled by Amadum and his monsters, featuring alternate versions of Haruto and Koyomi as well as their friends. This Magic Stone also appeared to Kosuke at a point in the past before he released Beast Chimera, sending him to the other world to join Haruto.

Magical stones are used in the creation of the Ghouls, familiars that serve as the Phantoms' foot soldiers.

The red Magic Stone that would become the Flame Dragon Ring next to the Special Ring.

The green Magic Stone that would become the Hurricane Dragon and Thunder Rings in the possession of Kizaki.

The blue Magic Stone that would become the Water Dragon and Blizzard Rings in the possession of Wiseman.

The yellow Magic Stone that would become the Land Dragon and Gravity Rings in the possession of Sora.

Haruto's tears create the cyan Magic Stone, which transforms into the Infinity Ring. 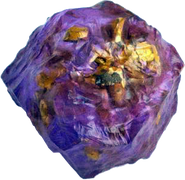 The violet Magic Stone that would become the Eclipse Ring in the possession of Fueki. 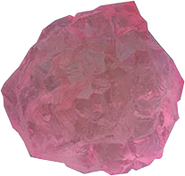 The Philosopher's Stone, which would become the Hope Ring later. 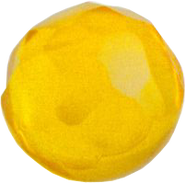 The gold Magic Stone leading to another world.

A set of Ghoul Stones.
Add a photo to this gallery

Retrieved from "https://kamenrider.fandom.com/wiki/Magic_Stones?oldid=593120"
Community content is available under CC-BY-SA unless otherwise noted.