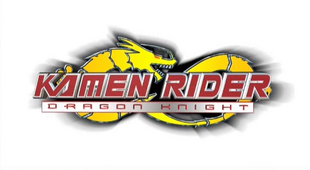 Q: "What's this Showa, Heisei and Reiwa thing you keep talking about?"

A: Showa and Heisei are time periods in Japan of reigning emperors. The Showa Era lasted from 1926 until 1989 with Emperor Hirohito's death and the Heisei Era started in 1989 and continued into 2020, as Hirohito's son, Emperor Akihito, is still alive. However, Akihito abdicated the throne and his son Prince Naruhito ascended to take his place, giving birth to the Reiwa era.

For Kamen Rider fans however, it refers to the run of shows and movies made under Shotaro Ishinomori's supervision and the ones made after his death in 1998. The "Neo-Heisei " Era is a fanterm for the second half of the Heisei era, as of 2009, Toei has changed the series scheduling, style and direction to reduce costs and improve the quality of the show. The current Reiwa era starting in 2019 saw Kamen Rider enter the world stage, as Toei begins testing the waters of international markets for its heroes via streaming and opening licensing to merchandise outuside Asia.

A good comparison to this in terms of western terminology would be the Comic Book Ages.

Q: "If it's not available here in the US, how do you have a database on it?"

A: By the sheer dedication and determination of fans from across the globe. The western Kamen Rider fandom sadly lives in an unforgiving limbo of never being popular enough to warrant Toei to want to put all the shows on DVD or digital download here in the States and some other countries.

A: While bits of Kamen Rider's content may seem inappropriate at times for kids shows in the eyes of western parents, this is simply a result of cultural differences and moral standards. Plus, "Kids Show" is a loosely subjective term. (Ex. Batman: The Animated Series. despite the appearance of guns in it, is considered a kids show.)

The series, being over 45 years old, is in a constant shift in tone to keep up with the times and have a diverse audience, so what is dark and violent one season might be lighter and more kid friendly the next.

Q: "Isn't this made by those Godzilla guys? I mean, it has rubber suits and all.."

A: No, that would be Toho. Toei Company is their rival competitor. Both companies make Tokusatsu

Q: "What's the difference between a Kamen Rider and a Power Ranger? They seem like the same thing..."

A: Kamen Riders, for the most part, have more stylized costumes (Most have round "eyes" on the mask), a belt transformation device rather than a wrist brace or cellphone, and fight human-sized monsters solo or with just one or two other Riders with no giant robots to support them.

Rangers on the other hand wear costumes with single colored spandex, helmets with custom shaped visors and use cellphones and wrist braces to transform. Rangers also work as a team to fight monsters that start out human sized, then grow giant, at which point the Rangers fight the monsters using their robots.

Retrieved from "https://kamenrider.fandom.com/wiki/Kamen_Rider_Wiki:ParentPage?oldid=557566"
Community content is available under CC-BY-SA unless otherwise noted.