watch 01:47
Wiki Targeted (Entertainment)
Do you like this video?
Play Sound

Currently there are three people who have assumed the title Ryuki, the original television version Shinji Kido, the original Ryuki, who only appears in the 13 Riders movie and is mentioned early in the series.

Both of them have an Alternate Reality version in Kamen Rider Decade, Shinji Tatsumi.

In the Gaim & Wizard movie, every past Kamen Rider (up to Gaim), from the World of Sengoku Era, are the Bujin Kamen Riders.

Blank Form[3] (ブランク体, Buranku-tai) is the form Ryuki takes when he does not have a Contract Monster. The basic color is blue gray[4], and the details are different, such as the lack of a dragon design in each part. He possesses a generic arm-mounted Visor named the Ridevisor and a single Advent Card that summons the Ridesaber, a fragile sword that shattered upon its first use.

Its combat ability is much weaker than any of his other forms and any of the other Riders, and the AP of usable cards is extremely low, though it still allows him to be in the Mirror World without disintegrating. Shinji began the series in this form before he contracted Dragreder, and reverted back to it when his Advent Card was stolen by Kamen Rider Gai.

Ryuki achieves his default form upon forming a contract with Dragreder. He is now equipped with the Dragvisor on his left arm and possesses a variety of Advent Cards. In comparison to the other Riders, his parameters are balanced.

Ryuki doesn't have a card with a special effect, but the existing cards has a good balance between perspective, offense and defense, has high overall physical strength, and boasts the highest combat specs among all Riders. Ryuki can handle both close and long distance combat, but is mainly good at close distance.

By using his Final Vent, Ryuki can execute his finisher, the Dragon Rider Kick (ドラゴンライダーキック, Doragon Raidā Kikku), in which he jumps into the air with Dragreder flying behind him. Dragreder then breathes fire at Ryuki, propelling him into a flying kick that strikes the enemy.

Kamen Rider Ryuki Survive (仮面ライダー龍騎サバイブ, Kamen Raidā Ryūki Sabaibu) is Ryuki's final form, assumed by using the Survive Rekka Advent Card. The Survive Rekka card transforms the Dragvisor into the the Dragvisorzwei, which Ryuki uses to transform into Survive Form and read Advent Cards. Transforming into Survive form also causes Dragreder to transform into Dragranzer. Survive Form enhances all of Ryuki's stats, allowing him to surpass all other Riders, with the exception of those who are also using a Survive Advent Card, such as Knight Survive and Odin.

Using the Sword Vent Advent Card converts the Dragvisorzwei to a blade mode named the Drag Blade (ドラグブレード, Doragu Burēdo).The Dragvisorzwei can also function as a ranged weapon by shooting fireballs. By using the Shoot Vent, Ryuki can perform the Meteorbullet (メテオバレット, Meteo Buretto) attack alongside Dragranzer, in which he and Dragranzer each launch a fireball at the opponent.

By using his Final Vent, Ryuki Survive can perform his final attack, the Dragon Fire Storm (ドラゴンファイヤーストーム, Doragon Faiyā Sutōmu), which transforms Dragranzer into a bike for Ryuki to ride. Ryuki drives toward the enemy and performs a wheelie, followed by Dragranzer shooting several fireballs at the opponent from its mouth. Finally, Ryuki slams into the opponent, destroying it.

Kamen Rider Decade's Final Form Ride allows Ryuki to change into Ryuki Dragreder (リュウキドラグレッダー, Ryūki Doragureddā). This automatically equips Ryuki with Guard Vent and Sword Vent. While the first transformation required Decade's assistance, Ryuki eventually was able to transform at will into this form. Ryuki can also shoot fireballs from his mouth in this form.

Regained when Tsukasa and Shinji work together to defeat Kamen Rider Abyss, Kamata. Super Trick of the Real Criminal Decade uses this card to assume Ryuki's Ryuki Form. Decade can also travel through mirrors like the original Ryuki and can summon the Dragsaber without the need of an Attack Ride Card.

Decade Ryuki (Neodecadriver)
Add a photo to this gallery

Ryuki Advent
Add a photo to this gallery

With Ryuki Dragreder flying behind to boost his attack's power, Decade performs the Decade Dragoon which is similar to Ryuki's Final Vent, the Dragon Rider Kick. 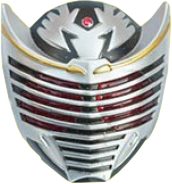 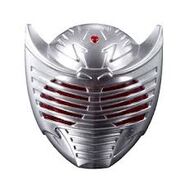 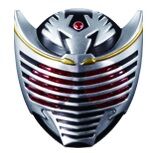 Ryuki Ring (Premium Bandai)
Add a photo to this gallery

Ryuki Lockseed
(locked & opened)
Add a photo to this gallery

Ryuki Ghost
Add a photo to this gallery 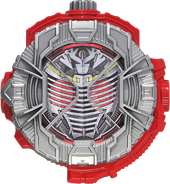 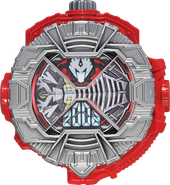 Ryuki Ridewatch (Inactive)
Add a photo to this gallery 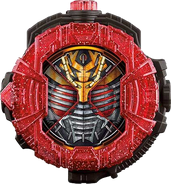 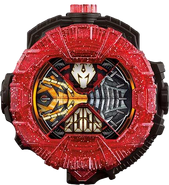 Ryuki Survive Ridewatch (Inactive)
Add a photo to this gallery

FinalVenting Ryuki Progrisekey (Opened)
Add a photo to this gallery

Transformation Page
Add a photo to this gallery

Retrieved from "https://kamenrider.fandom.com/wiki/Kamen_Rider_Ryuki_(Rider)?oldid=693978"
Community content is available under CC-BY-SA unless otherwise noted.