Kamen Rider Knight may refer to any the following characters.

Blank Version (ブランクバージョン, Buranku Bājon) is the form Knight takes when he does not have a Contract Monster. It has not been shown in any media, but its concept art can be seen in the artbook Kamen Rider Art Collection Hero Hen.

Knight achieves his default form upon forming a contract with Darkwing. His Visor, the Darkvisor, is a rapier that also functions as his personal weapon. In comparison to Ryuki, Knight has lower kicking power but higher jump height and running speed.

In addition to the Darkvisor, Knight can arm himself with the Winglancer (ウイングランサー, Uingu Ransā), a lance derived from Darkwing's tail, by using his Sword Vent Advent Card. The remainder of Darkwing's body can be mounted on Knight's back, where its wings become a cape. This can be done by using either his Guard Vent or Final Vent. (However, Ren is often seen transforming into Knight with the cape already equipped). When using the Guard Vent card, the wings are in their original form and close around Knight to form the Wingwall in order to protect him from attacks.

This form consists of the following parts[3]:

Using his Final Vent allows Knight to perform his finisher, the Flyinglancer (飛翔斬, Hishōzan, lit, "Flying Slash"), which equips him the Winglancer and Darkwing's cape form if he does not already possess them. Knight then jumps into the air and performs a drop kick while holding the Winglancer downward, resulting in it being parallel to his legs. Finally, Knight's cape forms a drill around him before he strikes the enemy.

Kamen Rider Knight Survive (仮面ライダーナイトサバイブ, Kamen Raidā Naito Sabaibu) is Knight's final form, assumed by using the Survive Shippu Advent Card. The Survive Shippu card transforms the Darkvisor into the the Darkvisorzwei, which Knight uses to transform into Survive Form and read Advent Cards. Transforming into Survive Form also causes Darkwing to transform into Darkraider. Survive Form enhances all of Knight's stats, allowing him to surpass all other Riders, with the exception of those who are also using a Survive Advent Card, such as Knight Survive and Odin.

By using his Final Vent, Knight Survive can perform his finisher, the Shippudan (疾風断, Shippūdan, lit. "Hurricane Edge"), which transforms Darkraider into a bike for Knight to ride. Knight drives toward the target before the front of Darkraider fires a laser at the opponent, paralyzing it. Knight's cape then covers him and Darkraider, forming a missile that flies into the enemy.

This Ridewatch manifested through the Darkwing card in Shinji's possession in Episode 3 of Rider Time: Ryuki. Instead of using KnightArmor, Geiz used it in Zikan Zax to defeat Kamen Rider Odin along with Zi-O DecadeArmor Ryuki Form. 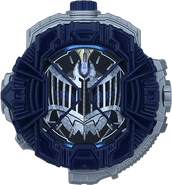 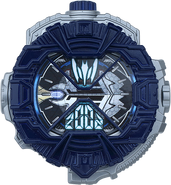 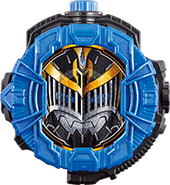