Kamen Rider Wiki
Register
Don't have an account?
Sign In
in: Pages with reference errors, Kiva Riders, Riders with more than one identity,
and 3 more

Kamen Rider Kiva (仮面ライダーキバ, Kamen Raidā Kiba) is a title passed down through generations in the Royal Fangire family from parent to child. It may refer to any the following characters:

In the novel reimagination of the TV series, Kiva is Wataru's Fangire form. With that, Kivat, Basshaa and Dogga do not exist in this story. Meanwhile, Jiro/Garulu, who is in turn, a Fangire Hunter. And Nago never befriends Wataru, who ends up as the final villain. He died after his Rider Kick collides with Wataru's kick.

"Kiva" is an abbreviation for "KING OF VAMPIRE", which plays in Kiva's connections to the Fangire King. The Japanese name also comes from a reading for the word "fang" (牙, kiba).

Kiva has multiple forms that provide him with different weapons and abilities. Kiva's motif is that of a vampire, with his final attacks inherited from Maya. However, unlike the Fangire King, Wataru's nature as a human-fangire hybrid leaves him unable to fully utilize Kiva's full power with the Catena (カテナ, Katena) Chains serving as restraints. His fighting power may also slightly depend on Kivat-Bat the 3rd`s condition as shown when Kivat caught a cold. Wataru later on becomes able to use the full power of Kiva through Tatsulot and sheer willpower. Additionally, Zanbat serves as a restraint to keep the power of the Zanvat Sword from taking complete control of Wataru. It seems that his body later on becomes more adept to the power of Kiva as the series progresses to the point where Taiga hinted that he can now even use Dark Kiva itself. If this were the case, this may mean Wataru can currently transform into DoGaBaKi Form (as well as presumably DoGaBaKi Emperor Form) without suffering the drawbacks of its amount of demonic power.

Kiva Form (キバフォーム, Kiba Fōmu) is Kiva's base form, accessed through a bite from Kivat, who status determines Kiva's ability in a battle. He is able to see in the dark with his visor called the Omnilens (オムニレンズ, Omunirenzu). In this form, Kiva can use any of the Fuestles, with the Wake Up Fuestle to open up the Catena Chains on his right leg known as the Hell's Gate (ヘルズゲート, Heruzu Gēto) made of Lucifer Metal (ルシファーメタル, Rushifā Metaru) so Kiva can use his Darkness Moon Break (ダークネスムーンブレイク, Dākunesu Mūn Bureiku) attack. The kick has an impact of 30,000 kg., enough to leave a crater in the shape of a bat's wings (Kiva's insignia) on any surface upon contact; the glass body of a Fangire shatters almost instantly.

In Kamen Rider Battle: Ganbaride, Kiva was able to perform the Bloody Punch (ブラッディーパンチ, Bloody Punch), which involves Kiva jumping into the air and striking the opponent with a superman punch.

Garulu Form (ガルルフォーム, Garuru Fōmu) is Kiva's form accessed from being energized by the Demon Beast-Sword Garulu Saber. In this form, the Omnilens and Kiva's chest/left arm armor turn a shade of blue called Garulu Cobalt (ガルルコバルト, Garulu Kobaruto) which places Kiva under the influence of Garulu. This form's power is linked to the phases of the moon, and is at its peak when the moon is naturally full.

The Garulu Form is capable of unleashing a blast of sound, has increased speed and cunning due to the form's animalistic ferocity and is able to perform the Garulu Howling Slash (ガルル・ハウリングスラッシュ, Garuru Hauringu Surasshu).

When it is performed, day turns to night and a full moon appears in the sky, as it references a human's transformation into a werewolf. Its motif is that of a Wolf Man (狼男, ōkami-otoko).

In Kamen Rider Battle: Ganbaride, Kiva in Garuru Form is able to perform the Wolfen Full Moon - a powerful slash from the Garulu Saber backed by the moon's power.

Garulu Form's ending theme is entitled "Shout in the Moonlight".

While in this state, Kiva loses most of his strength and agility, but gains mastery of long-range combat and is able to analyze an opponent's weak point to target with accurate marksmanship. Basshaa Form can also manipulate water, able to create rain as well as a pool of water necessary to perform the Basshaa Aqua Tornado (バッシャー・アクアトルネード, Basshā Akua Torunēdo).

When it is performed, day turns to night and a half-moon forms in the sky, as it references the change ebb and flow of the tides during its phase.

In Kamen Rider Battle: Ganbaride, Kiva in Basshaa Form is able to perform the Basshaa Finger - an attack that consists of quick pulling on the Basshaa Magnum's hammer to launch fast and powerful water projectiles.

In this form, Kiva loses most of his speed but gains unbelievable strength, able to overpower a Fangire easily. Dogga Form is able to manipulate electricity, using it as part of his finisher, the Dogga Thunder Slap (ドッガ・サンダースラップ, Dogga Thunder Slap). The Dogga Hammer can see through the invisibility of Fangires, thanks to the True Eye gaffed into the warhammer.

When it is performed, day turns to night while a hazy moon and thunderbolt form in the sky, the latter referencing its motif of Frankenstein's monster (フランケンシュタインの人造人間, Furankenshutain no jinzō ningen) and how it was brought to life.

In Kamen Rider Battle: Ganbaride, Kiva in Dogga Form is able to perform the Armor Hammer - a powerful hammer strike from Kiva with his Dogga Arm.

DoGaBaKi Form (ドガバキフォーム, Dogabaki Fōmu), shortened from "Dogga/Garulu/Basshaa/Kiva Form" (ドッガ・ガルル・バッシャー・キバフォーム, Dogga Garuru Basshā Kiba Fōmu), is Kiva's rarely seen form, accessed by the summoning of all three Arms Monsters. In this form, Kiva's left arm turns into the Garulu Arm (ガルルアーム, Garuru Āmu), his right arm turns into the Basshaa Arm (バッシャーアーム, Basshā Āmu), and his upper body turns into the Dogga Breast (ドッガブレスト, Dogga Buresuto). In this form, Kiva can use all three Arms Monster weapons at once and the Darkness Moon Break. However, due to the danger it presents to Kiva and the Arms Monsters, Kiva can only assume this form for five minutes before its power becomes lethal to him.

In Kamen Rider Battle: Ganbaride, Kiva in DoGaBaKi Form is able to perform the Gate Crasher - A powerful slash with the Garulu Saber enforced from the brute strength of DoGaBaKi Form.

Emperor Form (エンペラーフォーム, Enperā Fōmu) is the true form of Kiva, referred to as the Golden Kiva (黄金のキバ, Ōgon no Kiba) and the most powerful form at Wataru's disposal. The fifth form accessed, the first emergence of Emperor Form comes about from the reaction to Wataru's rage from the harm coming to Mio, his girlfriend, which summoned the Demon Imperial Dragon Tatsulot to awaken the form. By pulling the switch on Tatsulot's head, Wataru can activate Tatsulot's Imperial Slot (インペリアルスロット, Inperiaru Surotto) and activate one of several "Fever" finishing attacks through a roulette system. With this form, Kiva can destroy both the body and the soul of a Fangire. Because of this Wataru has gradually abandoned using his other forms in favor of Emperor Form. Emperor Form initially appeared in promotions for Kamen Rider Kiva: King of the Castle in the Demon World at the Tokyo Toy Show 2008.

In episode 39 this form went into Emperor Form (Rampage)[7] (エンペラーフォーム（暴走), Enperā Fōmu (Bōsō)), the Fangire influenced version of Emperor Form. When Wataru's Fangire blood is awakened by the Swallowtail Fangire he temporarily became a Fangire version of Emperor Form gaining the Fangire's signature stained glass appearance and becoming a berserker attacking friend or foe. This caused Wataru to go into isolation until encouraged to fight again.

On the album SUPERNOVA by TETRA-FANG, Emperor Form is referred to as "Empire form."

This form is exclusive to Kamen Rider Kiva: You Can Also be Kiva.

Resulting from infusing his own desire into the Bloody Rose, Wataru's Fangire nature is triggered as Kiva transforms from Emperor Form into Flight Style (飛翔態, Hishōtai), a dragon-like form called the Emperor Bat (エンペラーバット, Enperā Batto) which is similar to the Fangires' ability to become Six Pillars Sabbaths.

In Kamen Rider Kiva: King of the Castle in the Demon World, Arc uses his Legendorga baptism to turn Wataru from a Human/Fangire hybrid into a full Legendorga by forcing him to assume the form in an attempt to kill his father, Otoya Kurenai, though his father managed to bring him back with Wataru reverts back to his Human/Fangire hybrid. Wataru later re-accesses Flight Style to defeat the giant Rider. Ironically, the Legendorga version of Flight Style has a darker color scheme as its golden accent turns brown and the red color on his wing turns from red into maroon.

Kamen Rider Decade's Final Form Ride allows Kiva to change into the Kiva Arrow (キバアロー, Kiba Arō). Once the Final Attack Ride Card is in, the bow can be pulled back, getting the Hell's Gate to open up for the Decade Fang attack.

Ever since Kamen Rider Decade, Kamen Riders' arsenals have featured an assortment of Legend Rider-based collectible devices, including many for Kiva.

Regained when Tsukasa acknowledges Wataru as the Fangires' King.The Biting King's Qualifications Decade uses the card to assume Kiva. A Kamen Ride: Kiva card is also possessed by Diend, which he uses to summon Kiva. First used in the World of Faiz to battle Kamen Rider Ryuga.

With the Kiva Arrow, Decade/Diend performs the Decade/Diend Fang which fires the arrow, unfolding to hit the target in similarly to Kiva's Darkness Moon Break kick. Decade holds the arrow vertically while Diend holds it like a crossbow.

The Kiva Module (キバモジュール, Kiba Mojūru) is the legendary Fourze Module based off of Kamen Rider Kiva, which is equipped on the left leg of Kamen Rider Fourze via the triangle-based Kiva Switch (キバスイッチ, Kiba Suitchi). The Kiva Module allows Fourze to use a replica of Kiva's Hell's Gate to perform the Darkness Moon Break finisher. 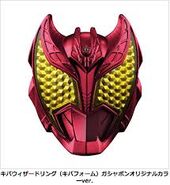 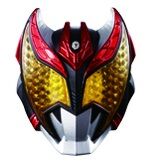 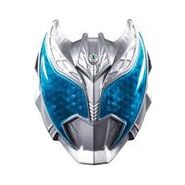 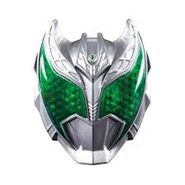 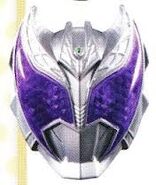 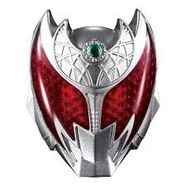 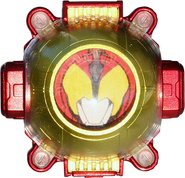 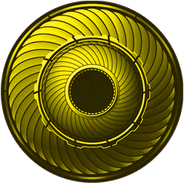 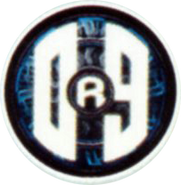 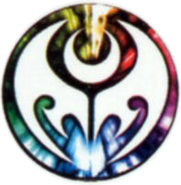 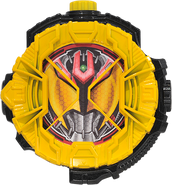 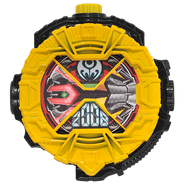 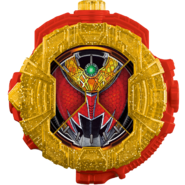 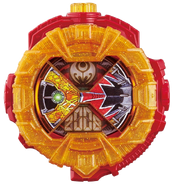 Another Kiva Watch (アナザーキバウォッチ, Anazā Kiba Wotchi): A twisted version of the Kiva Ridewatch used to transform into Another Kiva.

The Oresamaha Kiva Dearu Wonder Ride Book (俺樣はキバであるワンダーライドブック, Oresama wa Kiba de aru Wandā Raido Bukku, lit. "I Am Kiva Wonder Ride Book") is based on Kamen Rider Kiva. The book's name is shortened to "Kiva" in the Swordriver's announcements, and announced as "Fangire" in the Ankokuken Kurayami.