Kamen Rider Kabuto may refer to any the following characters. 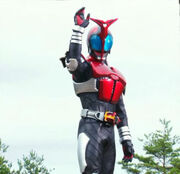 Kamen Rider Zi-O KabutoArmor
Add a photo to this gallery

The Kabuto Zecter (カブトゼクター, Kabuto Zekutā) allows Soji Tendo to transform into Kamen Rider Kabuto. As with all of the Zecters, Kabuto has two basic forms that he can transform into.

Kabuto's Masked Form (マスクドフォーム, Masukudo Fōmu) is a heavily armored form resembling a pupa with low offensive capabilities. This is the default form that Kabuto transforms into, until he flips the "horn" on the Kabuto Zecter (カブトゼクター, Kabuto Zekutā), like a switch, to initiate the Cast Off (キャストオフ, Kyasuto Ofu) command. This primes the armor to "Cast Off," when fully activated, sends the armor flying off his form, destroying all lower Worms that get hit with the armor. Kabuto then immediately takes on the sleek Rider Form. It is shown to be possible for Masked Form to be bypassed altogether, as seen in the Hyper Battle Video and by the alternate version of Kamen Rider Dark Kabuto in Kamen Rider Decade, by flipping the horn immediately after placing the Kabuto Zecter on the belt before the armor materializes.

Kabuto's Rider Form (ライダーフォーム, Raidā Fōmu) is the sleeker and more offensive-based form which resembles more of a Japanese rhinoceros beetle which Kabuto is named and themed after. In this form, Kabuto has access to the Clock Up (クロックアップ, Kurokku Appu) command, enabling Kabuto to travel at near-light speeds to match the speeds of the Worms. By pressing the three buttons on the belt in succession, Kabuto can perform his tachyon-powered Rider Kick (ライダーキック, Raidā Kikku). Kabuto Rider Form has three variations of Rider Kick: a normal 180 degree roundhouse kick, a counter kick (360 degree roundhouse kick, which is used to surprise opponents who attempt to attack him from behind), and a flying side kick.

Kabuto is the only Rider in Kabuto (with the exception of Gatack in the Hyper Battle DVD with the aid of another Hyper Zecter from the future) that can achieve Hyper Form (ハイパーフォーム, Haipā Fōmu), an even stronger version of Rider Form. While Kamen Rider Caucasus used the Hyper Zecter, he was unable to access a Hyper Form. Accessed through the Hyper Zecter (ハイパーゼクター, Haipā Zekutā), a futuristic Zecter made by ZECT and predestined to be used by Tendo, it initiates the Hyper Cast Off (ハイパーキャストオフ, Haipā Kyasuto Ofu) command, unleashing its full power. It also has access to Hyper Clock Up (ハイパークロックアップ, Haipā Kurokku Appu), a version of Clock Up, able to even time travel due to its faster-than-light speed properties.

The maximum range of this is currently unknown, but its shown to be able to travel back at least seven years. Kabuto is also able to take objects back in time along with him, (the most impressive example being a huge meteor in the movie). His finisher is the flying Hyper Kick (ハイパーキック, Haipā Kikku). Even though the original Hyper Zecter from the present was destroyed by ZECT to prevent Tendo from obtaining it, another from the future appeared to replace it. He is also equipped with a jetpack-like device on his back, allowing Kabuto flight capabilities, though usually it's only used to gain height for the Hyper Kick. But his alternate self from God Speed Love, used this device to fly through space, even pushing a meteor far larger than himself.

Kamen Rider Decade's Final FormRide allows Kabuto to change into Zecter Kabuto (ゼクターカブト, Zekutā Kabuto), a giant version of the Kabuto Zecter that flies and can be ridden by Decade. It is able to burrow underground.

Ever since Kamen Rider Decade, Kamen Riders' arsenals have featured an assortment of Legend Rider-based collectible devices, including many for Kabuto.

Transforms Decade into Kabuto's Rider Form, used once before its power is sealed.Rider War Regained when Tsukasa taught Mayu the true meaning about her Grandmother's saying of looks being deceiving while praising Sohji's family bonds.The Grandma Way of Taste During Super Hero Taisen event, Tsukasa is shown able to summon Kabuto Kunaigun when assume as Kabuto. He also able to use Clock Up without using Attack Ride Clock Up card, first shown when battling Go-Busters. Kamen Rider × Super Sentai: Super Hero Taisen

Decade Kabuto
Add a photo to this gallery

Kabuto Clock Up
Add a photo to this gallery

Kabuto Zecter
Add a photo to this gallery

The Zecter Kabuto charges at the opponent in a devastating mid-air body slam, Decade Meteor. With the target left vulnerable in mid-air, Kabuto and Decade execute their respective kick attacks while in Clock Up. The same card can be used by Decade in Kabuto's Rider Form to execute Kabuto's Rider Kick.

Final Attack Ride: Kabuto
Add a photo to this gallery

The Kabuto Module (カブトモジュール, Kabuto Mojūru) is the legendary Fourze Module based off of Kamen Rider Kabuto, which is equipped on the left leg of Kamen Rider Fourze via the triangle-based Kabuto Switch (カブトスイッチ, Kabuto Suitchi). The Kabuto Module allows Fourze to perform Kabuto's Rider Kick. Like Kabuto, the module is in a Masked mode when activated until it is able to Cast Off and then the module changes to Rider mode. 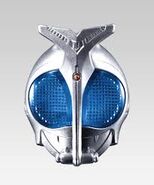 Kabuto Ring (Premium Bandai)
Add a photo to this gallery 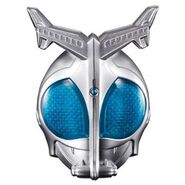 Kabuto Hyper Form Ring
Add a photo to this gallery

Kabuto Lockseed (opened & locked)
Add a photo to this gallery

Kabuto Ridewatch (カブトライドウォッチ, Kabuto Raidowotchi): Based on Kamen Rider Kabuto Rider Form, this Ridewatch provides access to the KabutoArmor used by Zi-O. It is dated 2006. 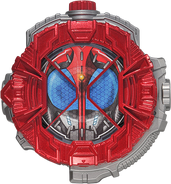 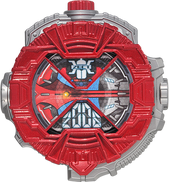 Kabuto Ridewatch (Inactive)
Add a photo to this gallery 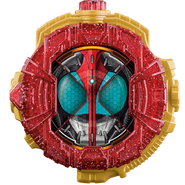 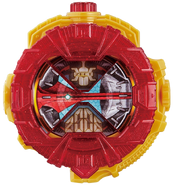 Another Kabuto Watch (アナザーカブトウォッチ, Anazā Kabuto Wotchi): A twisted version of the Kabuto Ridewatch used to transform into Another Kabuto.

"Progrise! Change Beetle! ClockUpping Kabuto! He who was born a god and governs all."
―Transformation announcement with the Hiden Zero-One Driver[src]

ClockUpping Kabuto Progrisekey (Opened)
Add a photo to this gallery

Transformation Page
Add a photo to this gallery

Retrieved from "https://kamenrider.fandom.com/wiki/Kamen_Rider_Kabuto_(Rider)?oldid=675901"
Community content is available under CC-BY-SA unless otherwise noted.