Kamen Rider Girls (仮面ライダーGIRLS, Kamen Raidā Gāruzu) is an idol group developed by Avex Trax and Ishimori Productions to commemorate the Kamen Rider Series' 40th anniversary in 2011.[1] Each member had represented one protagonist each of the franchise by donning their represented hero's transformation belt, though this practice was scrapped in 2016 to better represent the franchise as a whole and to avoid licensing issues.[2] The group's debut single was Let's Go Rider Kick 2011.

In 2013, the group briefly rebranded themselves as the Shocker Girls (ショッカーGIRLS, Shokkā Gāruzu) for their single "SSS ~Shock Shocker Shockest~", a persona in which they would don in any future live performance for the song going forward.

In 2019, the official Kamen Rider Girls fanclub known as the Heart's Secret Base was created. In 2020, the fanclub was relaunched. 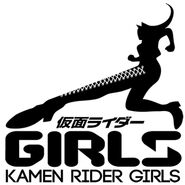 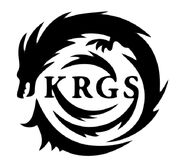 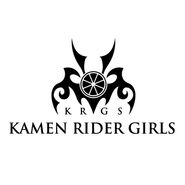 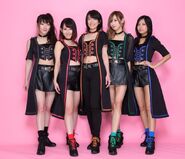