Start a Wiki
watch 01:48
The Loop (TV)
Do you like this video?
Kamen Rider Faiz (仮面ライダーファイズ, Kamen Raidā Faizu, Masked Rider Faiz) is the main protagonist of the 2003-2004 Kamen Rider Series installment Kamen Rider 555. Its gear is the first of the Rider Gears seen in the series. Its motif is based on the Greek letter phi (Φ).

Kamen Rider Faiz may refer to any the following characters. 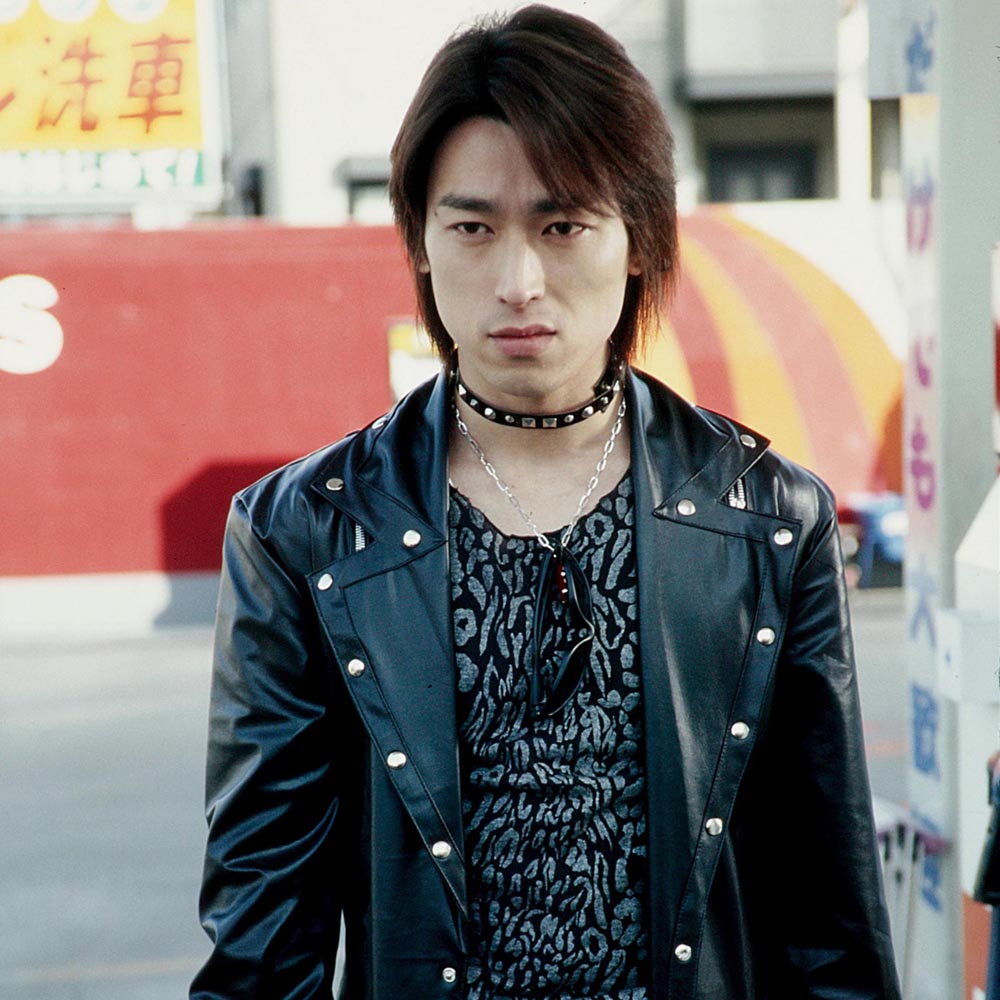 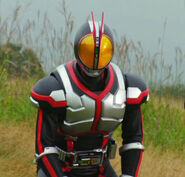 Great Leader of Shocker
Add a photo to this gallery

The Faiz Gear was the second set of Kamen Rider Gear developed by the Smart Brain Corporation to protect the Orphnoch King. The Faiz Gear had less power than the original Delta Gear, but had a much greater functionality. Like most of the Rider Gears that Smart Brain developed, the Faiz Gear can only be worn by Orphnochs or humans implanted with Orphnoch DNA.

Transforming into Kamen Rider Faiz burns Orphnoch DNA, so humans who have been implanted with this DNA will quickly run out and no longer be able to use the Faiz Gear. Humans with insufficient DNA are rejected by the Faiz Gear with the word 'error'. Orphnochs may use the Faiz Gear more often (in their human form only), but their DNA breaks down with continued use.

In the original Kamen Rider 555 series, its first known, and primary wearer is Takumi Inui.

The Faiz Gear was stolen and utilized (all in different occassions) by Akai, Naoya Kaido, and Takuma Itsurou. Masato Kusaka used the gear once to trick Kiba and Takumi into thinking they betrayed each other.

During the short time Takumi was going through a crisis, Kiba temporarily used the Gear until he returned. By the end of the series, the Gear was still intact.

In an alternate version of reality where Kamen Rider 555 takes place that appeared in Kamen Rider Decade, the Faiz Gear is only shown to be used by Takumi Ogami himself.

In an alternate timeline created by Shocker, the Great Leader of Shocker gains a physical appearance similar to Takumi Inui and transforms into Faiz via the Legend Faiz Signal Bike.

Another Faiz
Add a photo to this gallery

Once transformation is completed, the Faiz Armor has several key features in its design to offer protection to the user. Like all Rider gears, the Faiz armor manifests when the Faiz Driver generates Photon Blood, a glowing substance generates the soft Sol Foam suit, Sol Metal armor, and Fullmetal Lung chest armor via traveling through the red Photon Streams that ends at the Photon Terminals at the gauntlet and Power Anklet greaves, the right Anklet having a Energy Holster that the Faiz Pointer can be connected to. The helmet is unique due to its Global Feeler antenna to link up to Smart Brain's networks and Ultimate Finder visor that gives Faiz incredible vision to see in darkness, giving the illusion of a glowing eye, and a limited amount of x-ray vision.

Axel Form is a form where Faiz can now move at the speed of sound for usually 10 seconds, his physical attacks also becomes 1.5 times stronger and he can perform a new variety of his regular finishing techniques. It has been hinted twice that Axel form later on became able to move at the speed of light as shown in Decade and Wizard.

By inserting the Faiz Phone into the Faiz Blaster briefcase and entering the transformation code again, Faiz can access Blaster Form, the most powerful form of the Faiz Gear. The amount of Photon Blood that the Faiz Gear produces increases to the extreme where it overflows from the Photon Streams and spreads itself over the Sol Foam and the Sol Metal, changing their color to red. Faiz also receives a new, more powerful, set of Full Metal Lung with a backpack like device attached to it called Photon Field Floater that releases constant waves of Photon energy to give Faiz Blaster flying capacities. By focusing the release pattern however, the thrusters of the Photon Field Floater can be used as powerful energy shooters called Bloody Cannons. Faiz's signature Crimson Smash attack has been powered up significantly. The Blaster Crimson Smash is so tremendously powerful that damaging Photon Energy waves radiate from the point of impact and destroy everything around it.

All of these new abilities and more, except for his Crimson Smash which can be done on its own, are accessed by inputting codes into the Faiz Blaster, which also holds the Faiz Phone and can transform into Blaster and Blade modes for the Photon Blaster and Photon Breaker Exceed Charges.

This form first used by his counterpart in World of Faiz, later acquired in Kamen Rider Decade: All Riders vs. Dai-Shocker, where he was used by Decade.

Transforms Decade into Faiz, initially sealed after being used once. Rider War Regained when Tsukasa teaches Takumi that protecting those dear to him matters regardless of who he is. 555 Faces, 1 Treasure Sometime, Decade can summon Faiz Edge without using Attack Ride card Autovajin. Amazon, Friend

Decade Faiz
Add a photo to this gallery

Form Ride: Faiz Axel
Add a photo to this gallery

Faiz Auto Vajin
Add a photo to this gallery

The Faiz Blaster card transforms Faiz into a large laser cannon, similar in appearance to Faiz's own Faiz Blaster weapon.

Faiz Blaster
Add a photo to this gallery

With the Faiz Blaster, Decade shoots an energy drill at the enemy before performing the Decade Photon, a powerful laser blast with some recoil, which is similar to Faiz's Crimson Smash kick.

Final Attack Ride: Faiz
Add a photo to this gallery

The Faiz Module (ファイズモジュール, Faizu Mojūru) is the legendary Fourze Module based off of Kamen Rider Faiz, which is equipped on the right leg of Kamen Rider Fourze via the cross-based Faiz Switch (ファイズスイッチ, Faizu Suitchi). Reminiscent of the Faiz Pointer, the Faiz Module allows Fourze to use Faiz's Crimson Smash finisher. 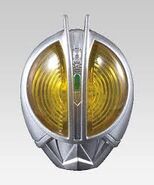 Faiz Ring (Premium Bandai)
Add a photo to this gallery 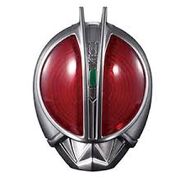 Faiz Axel Form Ring
Add a photo to this gallery 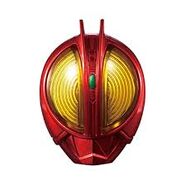 Faiz Blaster Form Ring
Add a photo to this gallery

Faiz Lockseed
(locked & opened)
Add a photo to this gallery

Faiz Ghost
Add a photo to this gallery 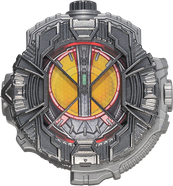 Faiz Ridewatch (Inactive)
Add a photo to this gallery

Faiz Blaster Form Ridewatch
Add a photo to this gallery

Retrieved from "https://kamenrider.fandom.com/wiki/Kamen_Rider_Faiz?oldid=524144"
Community content is available under CC-BY-SA unless otherwise noted.