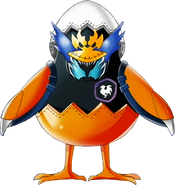 Ryuga transforms into Kamen Rider Cross-Z (仮面ライダークローズ, Kamen Raidā Kurōzu) utilizing the Cross-Z Dragon, which adapts the Build Driver's two slots into one, allowing him to use only the Dragon Fullbottle to transform.

Utilizing Cross-Z, Ryuga becomes a force to be reckoned with, blowing far past Build, Night Rogue, and Blood Stalk's Ability Parameters. It possesses a greater punching power than Build's GorillaMond Form, has a stronger kicking power than Build's KeyDragon Form, and exceeds RabbitTank Form's maximum jump height. Though it loses to some of Build's more agile forms, it is still faster than both Night Rogue and Blood Stalk.

Cross-Z's personal weapon is the Beat Closer. After acquiring the Cross-Z Magma Knuckle, he occasionally uses it in this form as well. [The Truth of the Pandora Box]

Cross-Z can perform Hippare (ヒッパレー, Hipparē) special attacks with the Beat Closer depending on how many times he pulls the bottom of the weapon's handle:

Cross-Z Magma is superior in all categories to his previous forms, as well as most other Riders. He is stronger than Build's Rabbit Rabbit and TankTank forms, though his punching and kicking power is surpassed by Tank Tank at maximum power. He is slower than both of these forms, while his jump height is only beaten by RabbitRabbit form. In this form, Ryuga was able to completely overwhelm an unyielding Blood Stalk, something both Build and Grease had difficulty doing.

Cross-Z Magma employs magma-coated attacks with his physical strikes. These strikes release bursts of Variable Magma upon impact and leave splashes of the smoldering substance on the target, causing additional burns and damage. He can also use the substance to create constructs, such as dragons, that coat the target. This ability also has the added bonus of restraining mobile targets as the material rapidly cools.

In addition to enhanced running power, Cross-Z Magma also gains the ability to fly thanks to the Celestial Pyro Wings (ソレスタルパイロウィング, Soresutaru Pairo Uingu) mounted on the back, which utilises a heat booster to produce propulsion, in addition to burning enemies on the ground.

Cross-Z Magma gains power as Ryuga fights and his adrenaline rises, causing his suit to glow and heat up to the point that lava is released from the suit. This heat may cause Ryuga discomfort or force him out of transformation, but it does not harm him.

This form has 4 different finishers:

Great Cross-Z (グレートクローズ, Gurēto Kurōzu) is Cross-Z's alternate upgraded form accessed by using the Great Cross-Z Dragon, loaded with the Great Dragon Evolbottle, in the Build Driver. It is an upgraded version of Cross-Z's base form, created when Ryuga regains his ability to transform.

All of Great Cross-Z's stats are marginally higher than Cross-Z Charge, but still completely eclipsed by Cross-Z Magma.

This form's finisher with the Build Driver is the Great Dragonic Finish (グレートドラゴニックフィニッシュ, Gurēto Doragonikku Finisshu), which has two variations:

Appearances: Build Episodes 37-39, Be The One
Cross-ZEvol

This form gives Cross-Z a balanced power-up that's on par even with Build RabbitTank Sparkling Form. He could even jump higher than Build aforementioned form, albeit slightly slower.

Cross-Z Charge's personal weapon in this form is the Twin Breaker. He can also wield the Beat Closer if needed.

Notable features of Cross-Z Charge include:

Ryuga lost access to this form when Evolto destroyed his Sclash Driver and Dragon Sclashjelly with his Martian powers.

This Ridewatch debuted in the final episode of Kamen Rider Build. It is later given by Ryuga to Sougo, who then gave it to Geiz. Although Geiz did not use the Cross-Z Ridewatch to assume a Rider Armor form, he did use it in the Zikan Zax to finish off Another Build. [Best Match 2017] 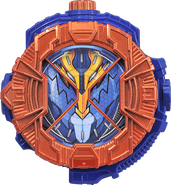 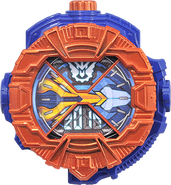 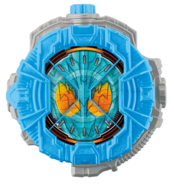 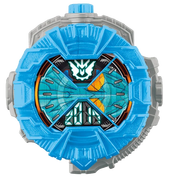 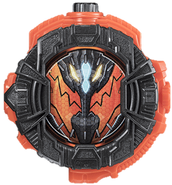