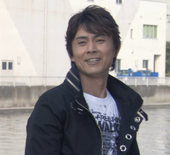 KamenRide: Black (カメンライドブラック, Kamenraido Burakku) is the Kamen Ride Card which contains the power of Black. In Black×Black RX, Diend snatches the card from Decade following its awakening in the World of Black RX, claiming that Tsukasa can't use it yet, then used the card to summon the Kohtaro Minami from the World of Black. In All Riders vs. Dai-Shocker, Decade Complete Form Jumbo Formation performed the Final Dimension Kick, a variation of the Dimension Kick, transforming the Shōwa Riders, including Black, and Heisei Riders into Kamen Ride cards for Decade to travel through as opposed to Final Attack Ride cards before hitting the target.

Black Switch (BLACKスイッチ, Burakku Suitchi, Triangle): An Astroswitch bearing the likeness of Kamen Rider Black. It is exclusive to Kamen Rider Battle: Ganbaride, where it can be used by Kamen Rider Fourze to arm him with the Black Module (BLACKモジュール, Burakku Mojūru) on his left leg, which allows Fourze to use Black's Rider Kick finisher.

Kamen Rider Black Lockseed (仮面ライダーBLACK ロックシード, Kamen Raidā Burakku Rokkushīdo): A Lockseed bearing the likeness of Kamen Rider Black, created when Black was defeated in the battle between the Showa Riders and Heisei Riders. [Heisei Rider vs. Showa Rider: Kamen Rider Taisen feat. Super Sentai] The core image depicts the Kingstone while the lid backside image depicts Kamen Rider Black's Rider Kick gesture. When inserted into a Sengoku Driver or when channeled through the Showa Rider Lockseed, it would allow an Armored Rider to assume Black Arms (BLACK アームズ, Burakku Āmuzu). It is styled for Gaim, Kurokage, Bujin Gaim, and Kamuro in the toyline.