Kamen Rider Beast (仮面ライダービースト, Kamen Raidā Bīsuto) may refer to any of the following characters.

Kosuke Nitoh (Magic Land)
Add a photo to this gallery

Since the Beast Driver was created in ancient times, it is possible that there was a previous Kamen Rider Beast before Nitoh, like with Kuuga and OOO.

Unlike Wizard, Beast doesn't use alternate forms to combat the Phantoms he consumes. Instead, he uses single shoulder mantle armaments called Mantles (マント, Manto) to help him gain an advantage over his foes.

Beast has the ability to absorb the Mana (magical energy) of defeated Phantoms and Ghouls, which take the form of his personal symbol in order to be absorbed into the Beast Driver, allowing the mana to be consumed by his inner Chimera Phantom. When the Beast Ring is set into the Beast Driver, he can initiate the Strike Beast (ストライクビースト, Sutoraiku Bīsuto) finisher.

The Falco Ring allows Beast to gain the orange Falco Mantle (ファルコマント, Faruko Manto), which gives him the ability to fly.

Falco Mantle is the second fastest Mantle at Beast's disposal, trumped only by the Dolphi Mantle. It is not usually used for battle, but rather for quick getaways or to finish off an already weakened opponent.

The Chameleo Ring allows Beast to gain the green Chameleo Mantle (カメレオマント, Kamereo Manto), which gives him the ability to camouflage into his surroundings and become invisible, as well as utilize the Chameleo's tongue as a whip to either attack or constrict enemies.

Chameleo Mantle is only effective in fighting Ghouls and weaker Phantoms. Some Phantoms can see Beast, even in his camouflage state, making this Mantle rarely used in fighting Phantoms. It is also Beast's second slowest Mantle, only faster then the Buffa Mantle. Despite this, he can also become more nimble and faster when it comes to jumping and climbing with this Mantle on.

Buffa Mantle is Beast's strongest Mantle (in regards to physical attacks and durability). It can not only easily overpower Phantoms, but the Mantle can also be used to protect Beast from attacks. However, it is Beast's slowest Mantle, as well as the one that drains his mana the most. Though, this Mantle is often used, due to the great power of this Mantle, compared to the others.

In Ganbaride, he can initiate an attack with this Mantle called Beast Magic Buffa (ビーストマジック・バッファ, Bīsuto Majikku Baffa), where he dashes towards the enemy with incredible speed and rams into the target, causing them to explode.

The Dolphi Ring allows Beast to gain the purple Dolphi Mantle (ドルフィマント, Dorufin Manto), which gives him the ability to swim and emit purple magical energy to heal any ailment.

Dolphi Mantle is Beast's fastest Mantle. It grants him incredible swimming speed, as well as the ability to cure injuries or poisons. However, the healing ability can drain Beast's mana quickly, making it a last resort tactic. This Mantle is rarely used, as Beast rarely needs to heal the others and healing costs more mana.

In Ganbaride, he can initiate an attack with this Mantle called Beast Magic Dolphi (ビーストマジック・ドルフィ, Bīsuto Majikku Dorufi), where he shoots a current of water from the Dolphi Mantle at the target that explodes into a blast of water.

Beast Hyper (ビーストハイパー, Bīsuto Haipā) is the ultimate form of Kamen Rider Beast, which is accessed through the Hyper Ring.

In this form, Beast's kicking and punching power has nearly doubled from his standard form, making him a force to be reckoned with. He now has fringes on his forearms that are both offensive and defensive weapons. However, he loses some of his maximum jumping height as a result, as well as the ability to access his Mantles. On another note, his speed has only been heightened slightly. Before transforming, Beast regains mana through a surge of mana while transforming into Hyper.

His weapon in this form is the Mirage Magnum. When Beast Hyper opens the mouth of the Hyper Ring and inserts it into the Mirage Magnum's ring slot, he can initiate an attack called Shooting Mirage (シューティングミラージュ, Shūtingu Mirāju), where Beast Hyper shoots Beast Chimera as a beam of energy to destroy the enemy.

If Beast enters a Gate's Underworld while in this form, he can summon Beast Chimera by releasing him through force of will instead of using the Chimarise Ring. However, this will revert Beast back to his original form.

In this form, Beast dons the Land Overcoat (ランドオーバーコート, Rando Ōbākōto) from Wizard's Land Dragon form and is equipped with the Drago Hell Claws (ドラゴヘルクロー, Dorago Heru Kurō) on his arms.

This form is able to use the cleaving capabilities of the Drago Hell Claws. Its finishing move is the Dragon Beast Torn (ドラゴンビーストトーン, Doragon Bīsuto Tōn), which involves Beast charging at an enemy before going through a Magical Portal that forms WizarDragon to destroy the Phantom.

As revealed in episode 24, Beast is unable to use Wizard's rings. In this case, how Beast is able to do this is unknown.

In a feature exclusive to the S.H. Figuarts, Beast can be armed with Two Mantles (any combination). He can also use a single or Two Mantles in Hyper.

This Rider Ring which bears the likeness of Kamen Rider Beast, equivalent to his Beast Ring, is exclusive to Kamen Rider Wizard's Wizard Ring toyline. When used by a WizarDriver wearer, it would be able to summon Kamen Rider Beast.

Beast Lockseed
(locked & opened)
Add a photo to this gallery 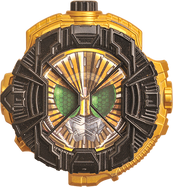 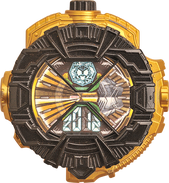 Beast Ridewatch (Inactive)
Add a photo to this gallery 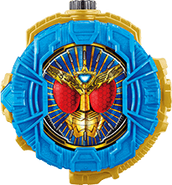 Beast Hyper Ridewatch
Add a photo to this gallery


Cite error: <ref> tags exist, but no <references/> tag was found
Retrieved from "https://kamenrider.fandom.com/wiki/Kamen_Rider_Beast?oldid=543127"
Community content is available under CC-BY-SA unless otherwise noted.