Both Kamen Rider Decade and Kamen Rider Diend have the ability to transform another Kamen Rider into a whole new Final Form, which move is called the Final FormRide (FINAL FORMRIDE, Fainaru FōmuRaido). These forms are more or less based on an object related to this Rider. These forms were usually used by Decade to beat an enemy by combining his powers with those of the original Rider (who often originates from an A.R. World). Other cases of use of Final FormRides had also occured, including Diend being the user, or even Decade or a post-Decade Rider being the one who transforms.

The following list presents all the known KamenRide Cards used for the Final FormRides: Final FormRide Cards (FINAL FORMRIDE カード, Fainaru Fōmuraido Kādo) give Decade or Diend the power to bestow new forms upon other Riders. Decade does so by reaching his hands into the Riders' backs, while Diend instead shoots them in the back. The affected Riders can freely alternate between their original forms and the new form as long as the card is in effect and Tsukasa is transformed into Decade.

Kamen Rider Decade The Movie: All Riders vs. Dai-Shocker

Type16. - The Destroyer Destroys the Match! 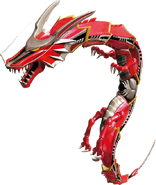 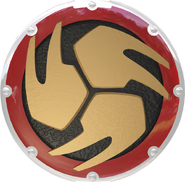